A non-melatonin sleep gummy?! These are actually surprisingly effective.

Organic, vegan, herbal sleep gummy? Be still our hearts. Turns out melatonin isn't the only ticket to dreamland.

We're melatonin junkies, so we weren't sure if these would do much for us. But actually, that Valerian knocks us right out.

Good-enough raspberry flavor: nothing special but nothing terrible either.

At $15 for a month's supply, these are definitely affordable. Sleeping well is priceless, anyway.

Get 'em from Target

We have an embarrassing confession to make: when we bought these, we thought that they had melatonin in them. 🙈

We were breezing through Target in need of some new sleep gummies, and saw these.  We love any and all Garden of Life gummies that have crossed our path thus far, so we just snagged a bottle in between filling our carts with LaCroix and cat food and kept it movin’.

We basically just saw “Relax and Fall Asleep Quickly,” the subtitle/promise of the bottle, and that was enough for us to be on board.

It wasn’t until right before bedtime that we saw in tiny little yellow print (yes, it’s on the front of the bottle 🤦‍♀️) the two little words that sent shivers down our spines: “Melatonin Free”.

One big thing gave us comfort though:

Garden of Life has never let us down. (Welllll, except for when we found out they sold out to Nestlé in 2017. Seriously yikes, GOL, wtf.)

Despite their unfortunate parent corporation, Garden of Life boasts simple formulations, they always taste great, and they are kind of our fave when it comes to ingredients. (We’re having trouble right now keeping ourselves from eating their ACV gummies by the handful.)

But that doesn’t mean we were entirely sold on the idea of melatonin-free sleep gummies. Again, we repeat: These do not have melatonin.

In fact, we’ve noticed that none of Garden of Life’s supplements contain melatonin: instead they seem to prefer Valerian Root as their heavy-hitter.

We’ve been aware of valerian root tea for decades, but we’ve been so enraptured with melatonin as it’s been tucking the entire nation to bed every night, that we hadn’t really made space in our beds for anyone else.

But turns out, at least in our experience with these sleep gummies, valerian is pretty effective!

Valerian works as a sleep aid in part because it helps regulate the amount of Gamma aminobutyric acid, or GABA, floating around in your brain.*

GABA is an amino acid that works as a neurotransmitter, and when it binds to certain receptors in your brain, it increases calmness, basically acting as a (very) mild sedative.1

We also just discovered the Nature’s Bounty Stress Comfort gummies, which deliver a direct shot of GABA, so we’ve kinda been on a GABA kick lately.

Valerian also interfaces with the nervous system directly as a mild pain reliever and muscle relaxant, and might also help regulate the amygdala, that part of your brain that regulates your fear & stress response.*

And it’s not just a sleep aid! In medieval Sweden, valerian was stuffed into the pockets of blushing grooms as a way to ward off the envy of elves. Elves hate valerian apparently. Want nothing to do with it.

While both are sought-after sleep aids, they’re quite different. Valerian is an herb, while melatonin is a hormone that our body produces naturally.

If this is new to you, and you’re trying to figure out if you would rather try melatonin, check out our melatonin 101, which will answer all of your burning questions.

Ultimately it’s up to you and which you respond better to, but melatonin might be helpful if you’re trying to get your circadian rhythm back on track, after experiencing something that throws it off, like jet lag.  Since it’s a hormone, it works with your body to help reset your natural sleep/wake cycles.

We’d be remiss not to give a little shoutout to one of our favorite aminos: l-theanine.  L-theanine is the Queen Amino of Calmness, and while it’s included often in sleep gummies, it’s not necessarily sleep-inducing per se.

The overall effect is more of a general, mild calmness, which is why you sometimes also see it paired with caffeine or vitamin B12 to help take the edge off.

The most fun & fascinating parts of the gummy vitamin cosmos are the unique combinations of ingredients in all the different gummies.

What we don’t love as much is when those ingredients are listed together as a “proprietary blend,” because in that case we never get an actual breakdown of what the dosage of each ingredient is.

For example, with the Garden of Life Sleep Gummies, we get 252 milligrams of “Sleep Blend”

We do know that bananas, with their potassium + magnesium, can work to potentially alleviate muscle cramps, and might also boost serotonin and melatonin, which regulates your sleep wake cycle.

But there’s no way to tell specifically how much of any of these ingredients we’re getting in each gummy.  So it just is what it is, and we have to trust our supplement overlords to have perfected the right concoction.

Is this mostly Valerian with dashes of Chamomile and Lemon Balm?

Or are we basically getting a banana gummy? 🍌🤷🏻‍♀️

We will note that these are “Dr. Formulated,” and on the side of the bottle they have a picture of the neurologist and nutrition expert behind the formulation, one David Perlmutter, M.D.

You don’t often see someone put their actual name (and face!) on a bottle of gummies.

So maybe we could ask Dr. Perlmutter what the exact dosages are in the Sleep Blend, but he intimidates us a little.  Like some kind of intimidating brain wrestler, he knows the exact herbal headlock to take us out.

Which is ultimately what we want, so we took these anyway.

In the list of other ingredients, we spy a “Natural Flavor (Raspberry).”

These aren’t the most remarkable fruit flavor, and they’re certainly not going to turn your world upside down (the gummy-flavor game is on point these days, so just getting an average berry flavor doesn’t really send us).

But they’re tasty enough. Just not winning any creativity awards in the flavor department.

Is a Non-Melatonin Sleep Gummy Effective?

This is the question we asked ourselves the night we realized our mistake. Would we be lullabied off to dreamland or toss and turn, rueing our hasty purchase?

But happily, we can report that these are noticeably effective!

Within thirty or forty minutes, there’s a tangible body calm, we are gently melting into the sheets, fusing our minds with our pillows and letting the days’ worries drift away. The muscle relaxant effect is subtle but real, at least for us.

We woke up with no grogginess or headaches. Just blissful and easy slumber. We responded positively to Dr. Perlmutter’s concoction. The man knows what he’s doing!

In the end, we are so glad that this happy accident happened to us.  We love melatonin, but we also know that melatonin is not to be overused.

It’s good to take melatonin relatively sparingly, so knowing that we have a reliable, non-melatonin gummy always waiting in the wings helps us sleep well at night. 😌💤

Get 'em from Target 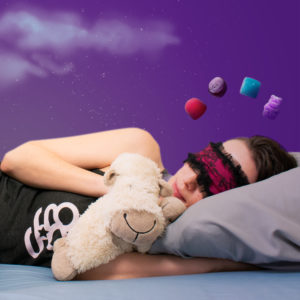 The Guide To Sleep Gummies 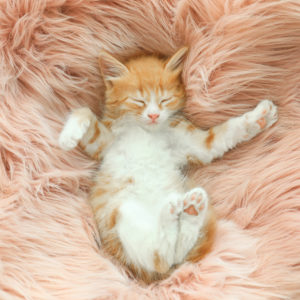